7 Types of Excavators and Their Uses 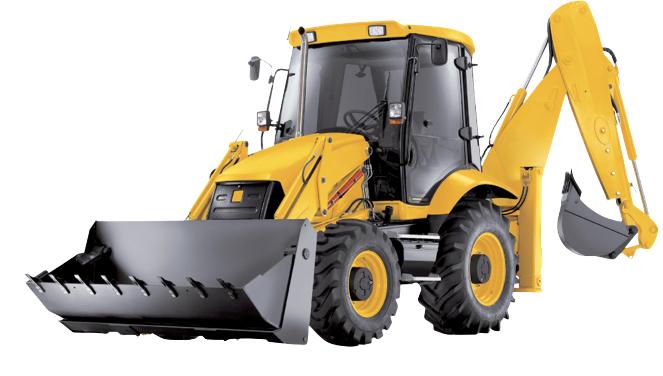 Excavators are one of the most versatile pieces of heavy machinery. They can be used for construction, farming, mining, landscaping, and many other jobs. This article will review the different types of excavators available to help you find one that suits your needs.

What is an Excavator?

An excavator is a piece of heavy equipment used to move large amounts of soil, gravel, and rock. Using an excavator can save you time, money, and effort. An excavator will help you move things from one place to another quickly and easily. It also keeps your back from physical strain.

Excavators are great if you need to clear trees or shrubs on your property or if there’s construction happening nearby; this way, nothing gets damaged by falling branches or other pieces of debris in the area where workers are working hard every day, trying their best not be distracted by anything else around them besides what needs to be done at hand.

Excavators are a series of machines designed to perform specific functions, such as digging or moving the earth. Excavators are the workhorses of construction sites. They can be used to dig holes, move dirt, and even lift heavy materials. Excavators are used in both residential and commercial construction projects, as well as in landscaping, mining, and agriculture.

Mini excavators are small and lightweight, which makes them perfect machines to use on jobs that require frequent mobility. They’re also great for getting into tight spaces. Whether moving on a narrow street with other vehicles or working in an area without enough room for an ordinary-sized machine, mini excavators will get the job done efficiently and safely.

Mini excavators have many features that make them ideal for use in tight spaces: 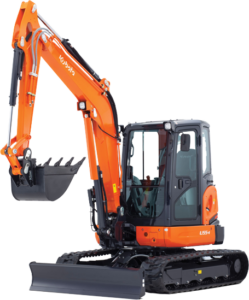 If you’re looking for a compact excavator, conventional wisdom says that you should find one with a maximum operating weight between 5 and 7 metric tons. These machines are the smallest type of excavator, designed to handle small jobs that require precision. Compact excavators are used in landscaping and demolition, mining and quarrying, road construction, utility work, and other applications where precision combined with smaller sizes is needed.

When choosing an excavator for your application, selecting one that matches the job is essential. For example, if you will be working on large boulders, it would be wise not to use a compact excavator since it does not have enough power or weight capacity for this type of work!

Crawler excavators are the most popular type of excavator and the most common type of heavy equipment used in construction. They have many uses, but they’re beneficial for digging holes for new sewer lines or water pipes. The cab is mounted on a crawler track, which allows the machine to move around quickly. This makes it easier for a single operator to move the excavator from place to place.

Crawler excavators are also helpful in digging trenches for roads and other infrastructure projects and building foundations. They can be used to remove debris from construction sites and lift and move large objects that weigh more than a ton.

Because of their versatility and ease of use (they’re generally much lighter than other types), mid-range excavators are one of the most versatile machines you can buy if you plan to do any construction or mining work with your equipment.

Longer booms and heavier buckets are the first critical differences between long-reach excavators and other types. The longer booms allow more digging in confined areas, while the heavier buckets can dig deeper trenches. Long-reach excavators are also equipped with a special attachment called an A-Frame that enables the boom to attach securely to a truck bed or trailer.

If you’re looking for a smaller, more compact excavator that can be used on various projects and sites, wheeled excavators are the type you should consider. They are used for light, medium, and heavy excavation work in multiple industries—from demolition to landscaping. These machines can also be used in mining, quarrying, and land clearing projects.

The wheeled design allows these machines to be moved easily from one job site to another (and even across terrain without roads) without causing damage to nearby structures or landscapes. Wheeled excavators may have twin or single tires per side; those with twins provide excellent stability while steering on uneven terrain.

Backhoe loaders, or backhoes, are a type of excavator that can be used in a variety of different ways. They are often used for digging and lifting, but they can also be used to move heavy materials like concrete and asphalt.

The most common use of these machines is to dig holes in the ground or trenches. This is often done when putting pipes and wires under streets and sidewalks. These machines can also be used to remove debris from construction sites, including soil and rock.

In addition to digging and lifting, backhoes are sometimes used to move other heavy materials around on job sites. For example, if you need to move asphalt from one place on your property to another spot where you’re building something new, then you may want to consider using a backhoe loader instead of renting an ordinary dump truck because it will save time and money.

Backhoe loaders also come equipped with attachments that allow them to push the dirt around as well as lift it up into place; this makes them useful for landscaping projects where you need some extra muscle for moving materials around quickly without causing damage to existing plants or roots (which might happen if you were using shovels instead).

Find one that suits your needs

It can be overwhelming to see all options if you’re looking for an excavator. There are several different types of excavators, and many are designed for specific jobs or uses. To narrow down your choices, consider what kind of work you’ll do with an excavator. A skid steer or mini-excavator might be best if digging small holes or trenches. A compact wheel loader fits the bill if you need to dig large areas quickly and move large amounts of dirt at once (like when building a foundation).

If you want something smaller than even those models but still capable of being used as heavy equipment—say, on construction sites where there are no significant obstacles—consider buying a mini-excavator with bucket capacity similar to that of larger models but without having so many added features like lights and radios (which can add weight). Alternatively: if the price isn’t much of concern, but power is essential—perhaps because one person will only ever use this over their lifetime rather than multiple operators—maybe consider getting something more significant like an articulated boom truck! No matter which type fits your needs best, make sure there’s enough room left over after paying off debtors before investing in anything new!

There are many different types of excavators. Find one that suits your needs and budget.