The Only Turnkey L1 L2 RTK GPS System in the World 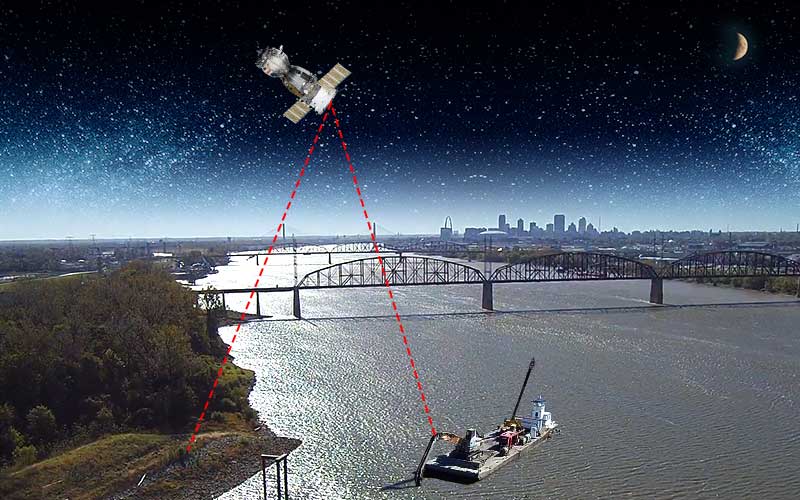 What is a Global Positioning System (GPS)?

Operating an excavator requires a great deal of skill and knowledge. If not done correctly, operating an excavator can cause a lot of damage to the operator, the immediate environment, and any individuals standing close enough to get hurt. When precision is required, the bar is raised drastically, separating the elite excavator operators from the rest of the pack.

Low precision can be a safety hazard and cost the project money.

Operating an excavator is challenging because, most often, the operator is located at a far enough distance from where the digging is happening that it is difficult for them to clearly understand where specifically the bucket or any other excavator attachment is contacting the digging surface. This challenge is where Real-Time Global Positioning Systems (GPS) have become so important. GPS combined with RTK enables the excavator operator to precisely identify the exact location where to place the digging attachment that is affixed to the boom/stick assembly.

Originally, GPS was developed in 1978 by the U.S. Department of Defense, is a satellite-based radio navigation system that delivers geolocation and time information to a GPS received anywhere on Earth. In the 1980s GPS became available for civilian use. Then, in the late 1990’s it was modernized and employed as a next-generation GPS. Finally, GPS was authorized for civilian use of the next-generation system by the U.S. Congress in 2000, becoming freely accessible to anybody with a GPS receiver.

GPS has now become “the” technology to use for navigation and tracking purposes for many industries such as construction. The most common daily usage for the general public is now cell phones and the apps that use the data. 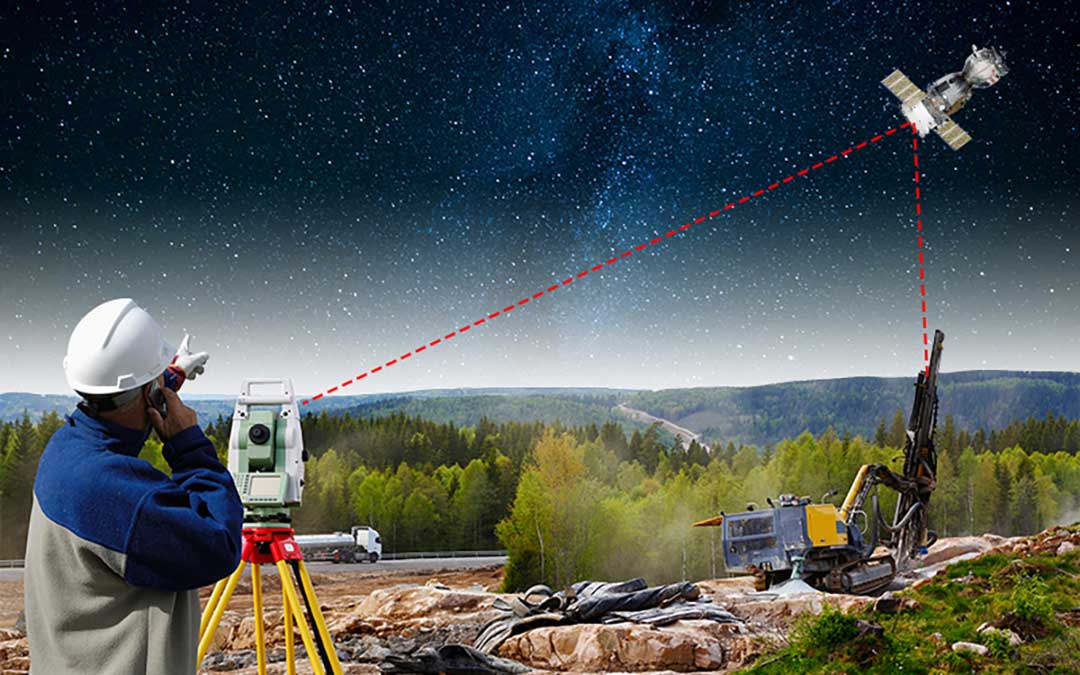 What is Industrial GPS Used For?

GPS has now become “the” technology for navigation and tracking purposes for many industries. GPS does not rely on the internet; but rather works by sending signals at light-speed back and forth from a GPS receiver to satellites positioned in the outer portion of Earth’s atmosphere. The signals are sent and received from multiple satellites. As these signals are sent back and forth the system uses the multiple satellites to triangulate its position and can achieve accuracy to less than 12-inches, and in some cases as close to 0.98-inch.

The ultra accurate GPS comes with pairing a Real-Time RTK System to the GPS. This is usually reserved for industrial usage because of the added cost and need for accuracy down to the MM level.

GPS is used in many different industries including automotive and marine navigation, to everyday transportation and recreational purposes. GPS is also used for aviation when redirecting aircraft due to extreme weather avoidance, mapping plantations on farms, surveying and determining property boundaries, tracking for law enforcement, and even locating your pet with a GPS chip if he or she wanders out of your sight and becomes lost.

GPS is also used in excavation and heavy-machinery operations such as following pre-programmed site plans that were previously mapped using stakes and colored tags.

Graders and bulldozers were the first heavy equipment to realize these benefits of use. Now, excavators are beginning to experience the same results; having an increasingly positive impact on reducing the time required to complete excavation compared to doing the job without GPS positioning. Efficiency equates to cost savings and increased productivity.

The use of GPS positioning is also having a great positive impact on reducing the damage that can be caused by excavation and digging. Conducting excavation without the use of GPS positioning increases the potential for damage to areas outside predetermined excavation boundaries. In turn, using GPS can decrease the potential for damage by increasing situational awareness, and keeping the operator alerted when the digging attachment is positioned too close to environmental borders, infrastructure, or any other areas where the digging attachment can cause undesired damage. GPS positioning improves the speed and accuracy of the excavating effort.

Expanded usage of “GeoFencing” will also become a more common term. Predetermined excavation boundaries or dredging areas can be set on a map. The GeoFence can be set up to stop or warn operators. In extreme cases, GeoFence can stop equipment from operating. 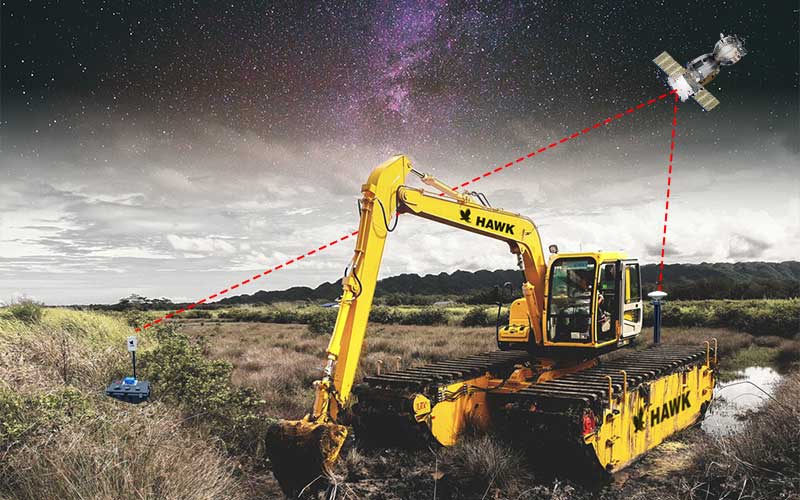 Manufactured by HAWK Excavator, and proven and tested by the United States Army Corps of Engineers, RTK GPS by HAWK is the only turnkey RTK GPS system in the world for dredging & digging.

RTK GPS is a real-time positioning system that is accurate within an inch of your desired location. This system goes beyond traditional GPS systems in that it also works underwater with the use of a combination of traditional GPS, and Real-time Kinematic positioning (RTK). RTK GPS by HAWK is a combo system where two modular component groupings work in sequence and provides Survey Grade Positioning for an excavator attachment within 1-inch accuracy. Ideal for underwater excavation and dredging, the RTK GPS system first locates the excavator with the use of GPS, then in succession uses the RTK portion of the system to precisely identify the location of the attachment at the end of the excavator boom/stick assembly.

If for any reason, the alignment between the RTK GPS system and the Global Navigation Satellite System (GNSS) becomes misaligned, the system can be recalibrated with a simple push of the Auto Re-survey Button; no other system in the world offers the user this ability. Every other system in the world requires the user to perform a manual calculation to recalibrate their system.

The RTK GPS system can be used with any excavator attachments, including dredge pumps to perform precision underwater dredging tasks. Quite often, when conducting dredging operations, the effectiveness of the job is measured in the volume of material that is removed. The RTK GPS system helps to avoid under or over dredging which can result in penalties and reduced financial compensation for the project. The greater the amount of material either under or over dredged, the greater the reduction in the overall financial compensation to the company conducting the dredging. Without using a GPS system like RTK GPS, the probability of being hit with these penalties can continue to occur indefinitely, resulting in a constant reduction in profits for an unlimited period of time.

Grading projects are another area of construction that can realize substantial benefits from the use of L1 L2 multi-constellation RTK GPS positioning. Slope grading is one of the most challenging grading jobs and requires tremendous skill. This type of grading is used for constructing such things as parking lots, driveways, handicap access paths, stabilizing landscapes, and eliminating drainage problems in areas around buildings and structures.

As an example, a sloped area that will be topped with asphalt should have a 1.5% minimum slope for drainage. Most, if not all sloped grading projects have a minimum and/or maximum percentage of slope that must be achieved. The use of the RTK GPS by HAWK can ensure the potential of a more consistent contour over the entire area that is being graded while reducing the complexity of the job and minimizing the time required to complete the task. Grading is one of the many great examples of the incredible value that the L1 L2 multi-constellation RTK GPS positioning system provides; it assists with successfully accomplishing target completion goals, and increases profits associated with construction projects.

L1 L2 multi-constellation RTK GPS by HAWK – Extremely Accurate
There are some jobs where accuracy is more important than others. The importance of environmental sustainability is one such subject, and with growing concerns regarding the negative impact of excavation and dredging on the environment, it is becoming more common that pinpoint accuracy is required to avoid things such as over dredging and over digging.

Providing Survey Grade Accuracy, RTK GPS by HAWK is ideally suited for any excavation, grading, or dredging jobs where extreme accuracy is a must; especially those that run the risk of creating undue environmental damage. An instance where extreme accuracy is essential is underwater applications when removing sediment and debris in lakes, rivers, harbors, constructing underwater pipelines and cables, and any other projects where excavation, grading, or dredging is being conducted.

Most GPS systems rely solely on Global Navigation Satellite Systems (GNSS) which includes a GNSS receiver that measures the transmitting signals emitted from four or more GNSS satellites which provide a pseudo range and achieves an accuracy within a distance up to 2.3-ft. for 95% of the time. Real-time Kinematic Positioning (RTK) takes accuracy one step further and decreases this distance to centimeter-level accuracy (or MM). RTK GPS achieves this by using an application that corrects common errors in GNSS systems by measuring carrier waves and information content of the signal to apply real-time corrections which results in the highest degree of accuracy achievable. Unlike traditional GPS using only GNSS, RTK GPS also maintains this high degree of accuracy underwater as well. Simply put; you can rely on RTK GPS by HAWK to provide the extreme accuracy that your excavation or grading operation requires, especially in situations where the avoidance of environmental damage is paramount, and increased safety is expected – underwater or on land.

World-Class service includes direct 4G Enabled WiFi access to your specific system to simply expedite any setup or troubleshooting challenges. This helps to ensure that the customer is always taken care of without requiring a high level of expertise by the user.

We Are Always Here To Help You Achieve Success! 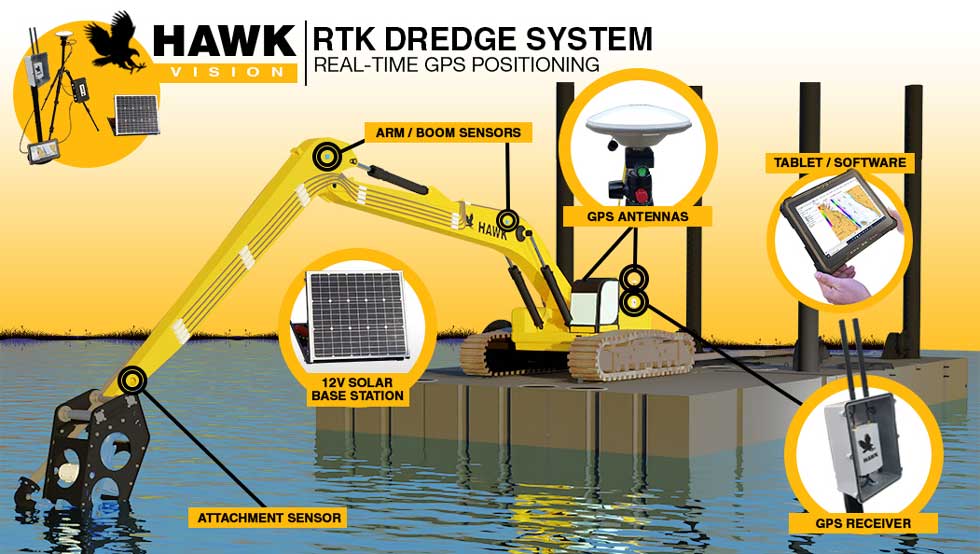 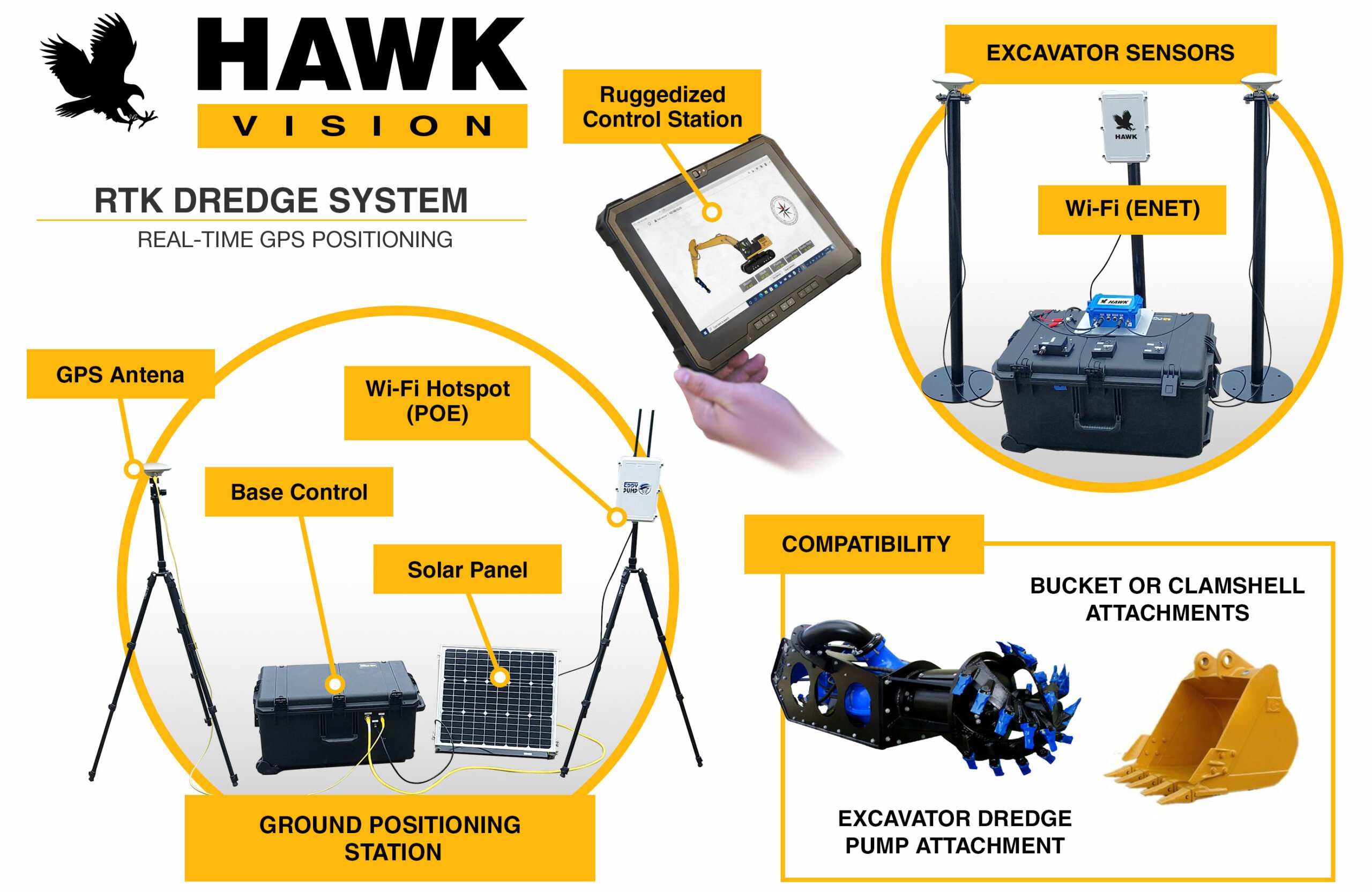 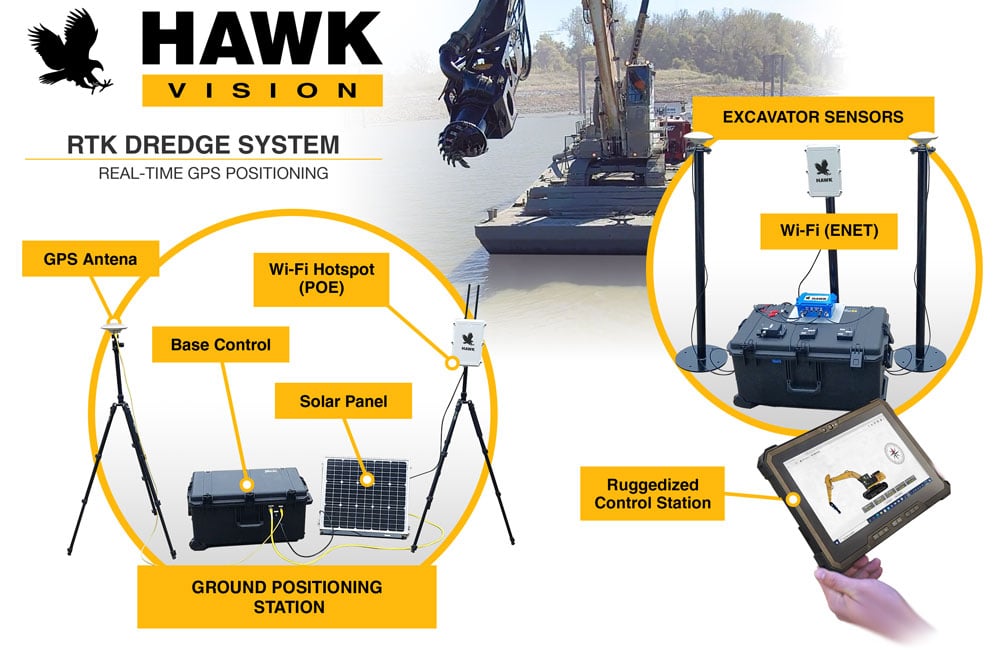 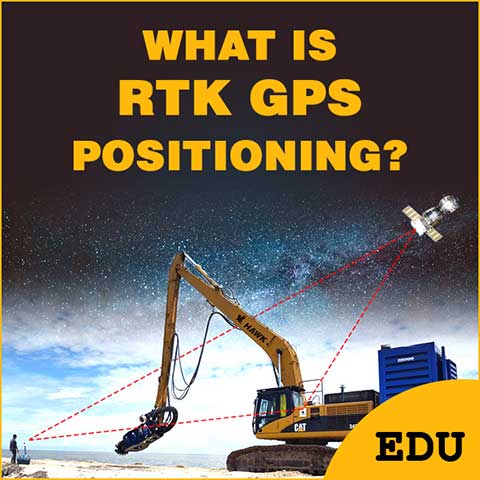 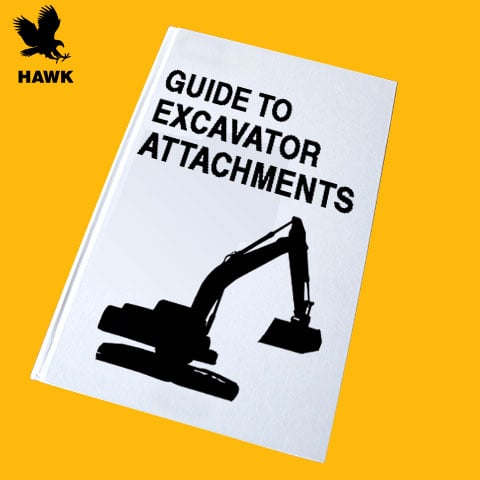 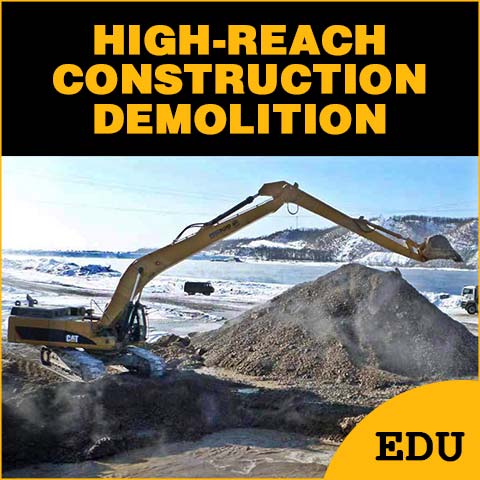 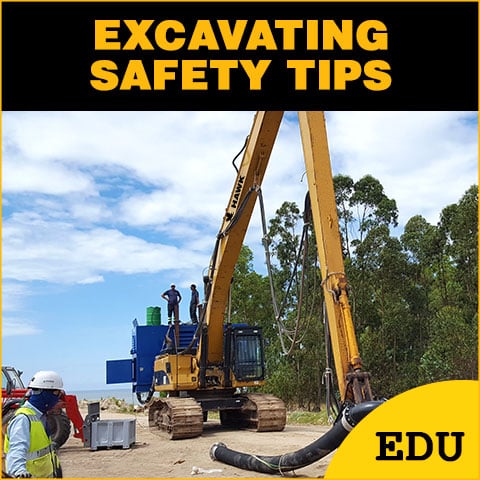 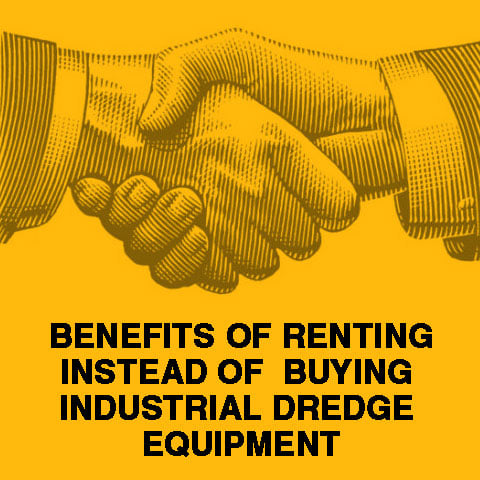 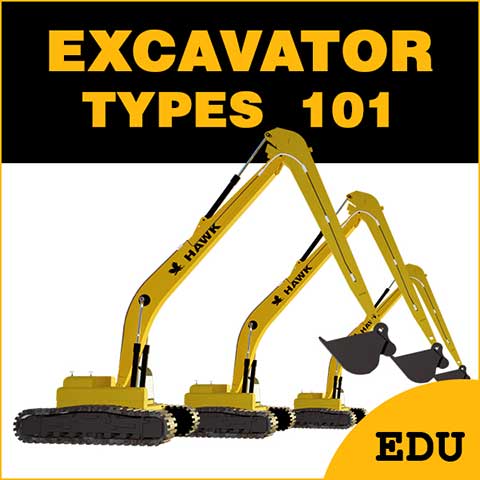 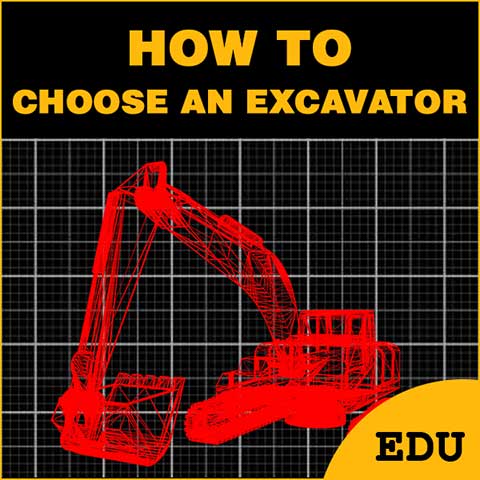 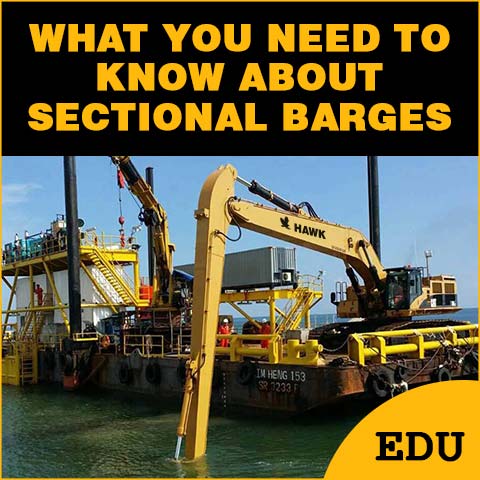 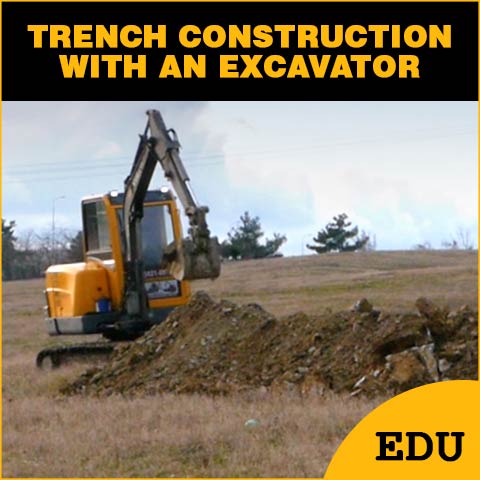 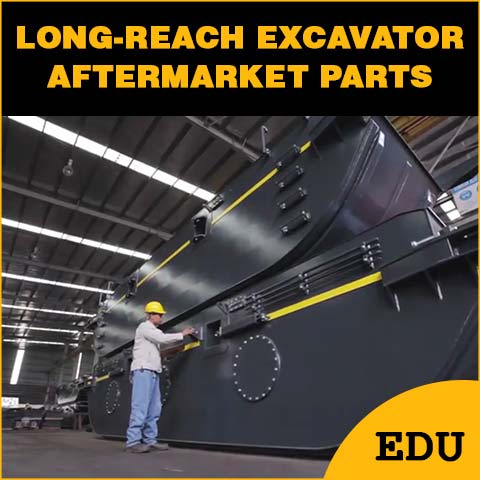 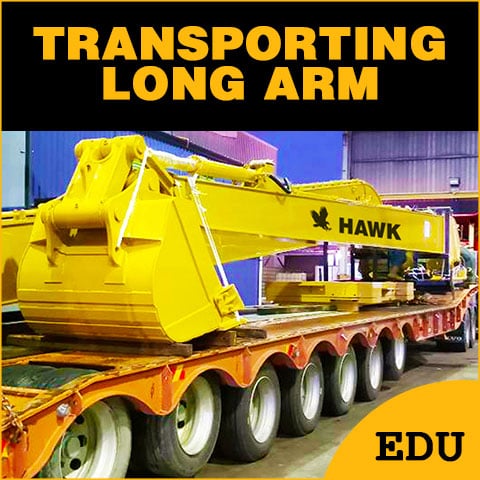 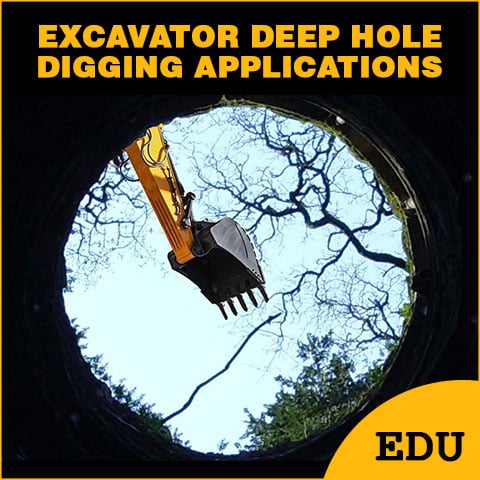